Born in Bradford in November 1942, Chris gave much time to encouraging cycling in Sutton and south London including volunteering with the Sutton Dr. Bike (Free Cycle Check) team from its inception in 1984. From the 1980s Chris was an active member of the London Cycling Campaign, and at some point in the 1980s or 1990s took on the role of Sutton borough coordinator for the organisation. This was a position he held right up until 2012. His contributions to, and enthusiasm for, cycling, channelled through the LCC/CTC campaign group Cyclism, ensured that the LCC maintained a presence across the borough for nearly three decades.

In recent years Chris had been suffering from gradually worsening dementia. In 2015, after a short period in St Helier Hospital, Chris moved from his home in Hackbridge to the Chegworth nursing home in south Sutton, where he passed away on 3 June 2017. 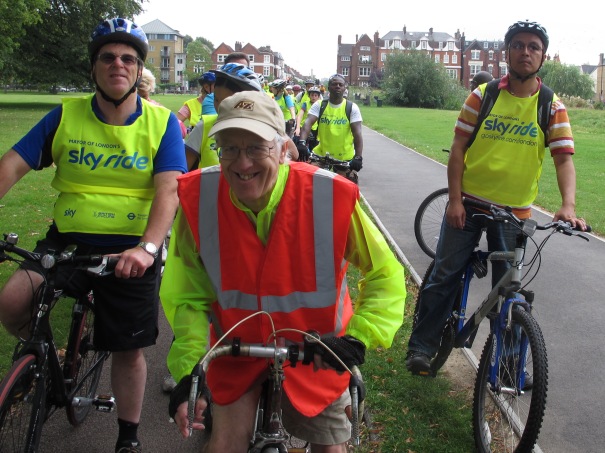