On the 18th of December, Charlotte Gilhooly and I took Manuel Abellan, Councillor for Beddington South and Sutton Council’s Cycling Champion, on a ride around North Cheam and Worcester Park. We started at the crossroads in North Cheam (Malden Road A2043/London Road A24) where there is no provision for cycling at all. The crossroads can also be terrible for pedestrians, as it can take ages to get around it as you have to cross each road in two parts waiting for the green man each time. This is disappointing, especially considering that North Cheam (along with Worcester Park) has recently been subject to the Mayor’s Outer London Fund regeneration programme. Incidentally, it was the same Outer London Fund that gave London Road (southbound side) some pretty useless paint on the carriageway as a nod towards “cyclists” in 2014 (photo 1) (plus absolutely nothing to improve the cycling experience in the Heart of Hackbridge).

Photo 1: London Road (A24), North Cheam. Looking south (Senhouse Road to the immediate left) towards the North Cheam crossroads. The carriageway is wide, and there is plenty of space here that could be used for dedicated space for cycling. Instead, the Outer London Fund (completed in 2014) gave us some intermittent stretches of painted cycle lane on the carriageway. Of course, even this paint gives up well before the crossroads.
11 November 2014

From the crossroads we jumped on our bikes and headed north along London Road to the Toucan crossing near Sainsbury’s that traverses the A24 east-west. This Toucan crossing (or, as will be seen, more correctly, series of crossings) links Lloyd Road with Fairlands Park, and forms part of the London Cycle Network 75. LCN75 is a signed (or partially signed) cycle route alignment, which in our borough extends from Worcester Park to Beddington (but extends to Kingston and beyond in the west, and Croydon and beyond in the east). The A24 is a major barrier to this alignment (photo 2).

Photo 2: A major barrier. London Road (A24), near Lloyd Road, looking south-east towards the access road to Sainsbury’s North Cheam and Fairlands Park (with its shared path link to Wrayfield Road). Users of LCN 75 (whether on foot or on a bicycle) will know how complicated it is to cross here. To effectively cross one road it is necessary to traverse through four sets of lights on four Toucan Crossings, and in the process manoeuvre through seven 90-degree turns. All of which is further evidence of the marginalisation of cycling.
18 December 2015

This crossing could be made much easier for cyclists. It would even be possible to have a phase on the traffic lights to enable cyclists to go straight across the junction but currently you have to go on to the pavement and wait for four sets of lights to change and manoeuvre your bike through seven 90 degree turns. 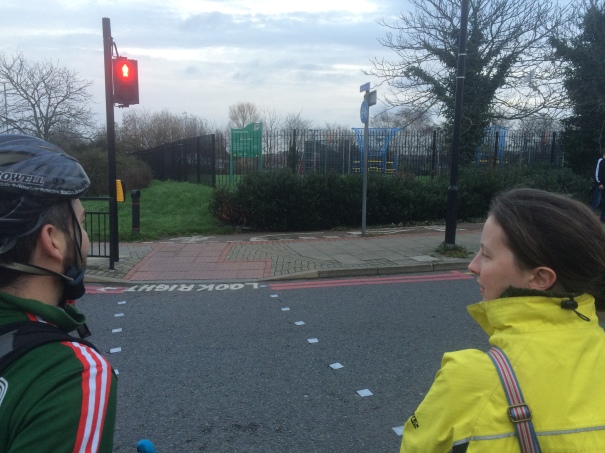 Photo 3: Manuel and Charlotte waiting at the fourth set of lights (access road to Sainsbury’s North Cheam) that are encountered when endeavouring to cross just one road (A24).
18 December 2015

Once we had traversed all the crossings we were greeted with this lovely piece of cycle path.

Photo 4: Cycle path by access road to Sainsbury’s North Cheam link to Fairlands Park. Do what is easy, and then when it gets difficult give up. Demonstrating, in a nutshell, the legacy of the last thirty years of policy towards, and provision for, cycling in the UK.
18 December 2015

This is the sort of thing that I really hope we have seen the last of in Sutton! Once we were into the park we agreed that the path (though not up to Dutch standards) was ok but as the gate to get out on to Wrayfield Road is locked after dark there needs to be a better option for a night/winter route. The suggested route after dark is to use Senhouse Road and then on to Church Hill Road if heading towards Sutton. However, you can’t do a right turn out of Lloyd Road to join London Road towards Senhouse Road without using the crossing. One option could be to extend the cycle path on the pavement by Lloyd Road to the zebra crossing near Senhouse Road. Another much better option would be to incorporate fully protected space on London Road with a robust signalised cycle (not Toucan) crossing linking Lloyd Road with Fairlands Park.

We turned around and followed the LCN 75 to Worcester Park. As an alternative to the A2043 it’s a bit longer but can be more pleasant. However, it can get very busy at times due to car drivers also using it to cut out the main road. Charles Martin did a traffic count on the 17th of July 2015 and estimates that approaching 700 vehicles pass along Browning Avenue (photo 5) between 8-9am on a weekday morning. This road is quite narrow and with parked cars on both sides and a bus route, it can get a bit hairy (even to an experience cyclist like myself). 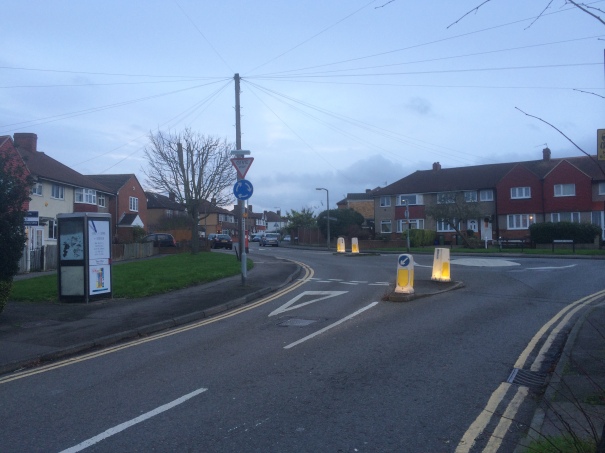 Photo 5: Browning Avenue, and roundabout by Lindsay Road. Looks quite at the moment, but it can be anything but quiet at peak times.
18 December 2015

We carried on to Worcester Park. The high street itself (Central Road) is very busy and congested and has quite a hill to deal with. Personally, I find that the traffic is so slow moving through Worcester Park that it’s quite easy to filter through the traffic but it would certainly be off-putting for some. If using the LCN 75 route, there are plenty of roads that lead on to the high street at various points along it, so access for cyclists was perceived to be fairly good by the Councillor.

At the end of the high street and where the boundary of Sutton and Kingston is, there is a cycle lane under the railway bridge. 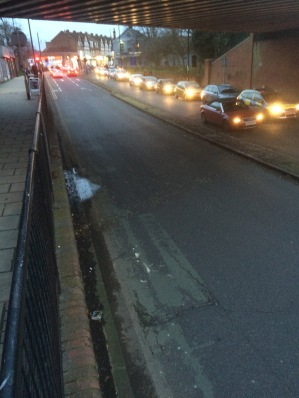 This has almost faded away at some points and is in great need of some maintenance to the surface. Manuel also felt that it was too narrow, as a lot of the cars were encroaching into it, and that there was scope to widen the cycle lane here. There was also a very bad pothole in the cycle lane on the Kingston side of the bridge which I reported on FixMyStreet.com.

We then went to have a look at the cycling facilities at the station. None of us had used them before but they seemed fairly good. There is a cage to put your bike in with racks inside and supposedly cctv, but I wasn’t convinced the camera was covering the bike racks.

We cycled back to North Cheam via the A2043 and then on to the A24 and Stonecot Hill. Charlotte cycles on this road regularly, and feels that it desperately needs segregation for cyclists. The Google Streetview of Stonecot Hill (below), shows that there is plenty of room for a cycle path without taking anything away from the road and real potential to make this far better place to cycle.

From here we went our separate ways but we hope to be taking Manuel and possibly MP for Carshalton and Wallington, Tom Brake, out on another ride soon in Wallington.

Bring on Space for Cycling

For the Nonsuch ward, which includes the North Cheam crossroads, we have asked for full segregation on the A24 London Road, the first phase of which could link a cycle route in Nonsuch Park to the south, with the London Cycle Network route 75 (likely to form a future ‘Quietway‘) in the north. A further extension to the north, along Stonecot Hill and on towards Merton, would be the logical next step (and it is hoped that designs for providing a robust link across the A24 between Trafalgar Avenue and Pyl Brook – linking to the Worcester Park cycleway – will take this possibility into account). The good news is that members of the Cheam North and Worcester Park Local Committee agreed at their meeting on 3 December 2015 to have such ideas presented to Transport for London for consideration. See Destination North Cheam!

For the Worcester Park ward, the provision of safe routes to schools is the priority. Although most residential streets in the Worcester Park ward are subject to a 20mph speed limit, many of these streets (including Browning Avenue and Dorchester Road) carry inappropriately high levels of general traffic (as noted above, from the traffic count of Browning Avenue). Clearly, most of this traffic is not being generated by people who live on these roads, or even by people driving their children to school nearby. It has more to do with people simply choosing to drive here, instead of the main roads, in an attempt to reduce their journey times by a minute or two. Consequently, the attractiveness of cycling on these residential roads and avenues is undermined. The result of this is that the very idea of children making short journeys from home to school on foot, let alone by bicycle, is not a particularly appealing one. The trial closure of some residential roads to through motor traffic (except buses) would help make local roads feel safe for cycling, and could transform how local people use their streets. This idea may sound scary to some, but perhaps not as scary as it can be to cycle along Browning Avenue in the rush hour! 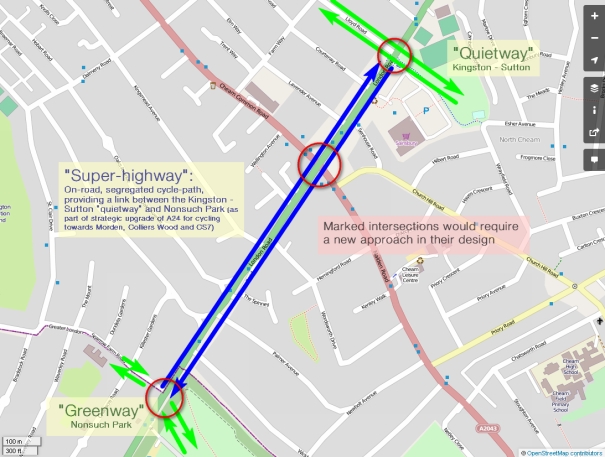 North Cheam, Open Street Map. A reminder of our recommendations for North Cheam, as first outlined In Space for Cycling: action points for Sutton (May 2014). High-quality, protected space for cycling on the A24 through North Cheam, linking with robust, signalised, cycle crossings on the alignments of the Quietway (currently LCN 75) to the north and other potential routes to the south. Making a cycle ride to North Cheam as stress-free as a cycle ride in Nonsuch Park.