Preparing for a tour of Rosehill with Cllr Manuel Abellan

At the Cycle Summit on 23 July 2015, St Helier resident and keen cyclist John Courtman, asked newly appointed Cycling Champion Cllr Manuel Abellan if he would care to join him on a ride around Rosehill. Manuel said yes, and the time and date was duly arranged for 10 August! Quick work!

On 7 August, John and I took a ride around part of the planned route. Here is a summary of where we went, what we saw, and some of the thoughts we had on the way. But before we begin, it has to remembered that the big picture for the area was presented in the Space for Cycling ‘ward ask’ for the St Helier ward in 2014. A longer-term aspiration perhaps, but ultimately a total redesign of the Rose Hill roundabout is required to unlock the potential for cycling in St Helier.

A screenshot of the Space for Cycling ‘ward ask’ for St Helier presented in 2014: Redesign Rose Hill roundabout to provide protected space for cyclists. 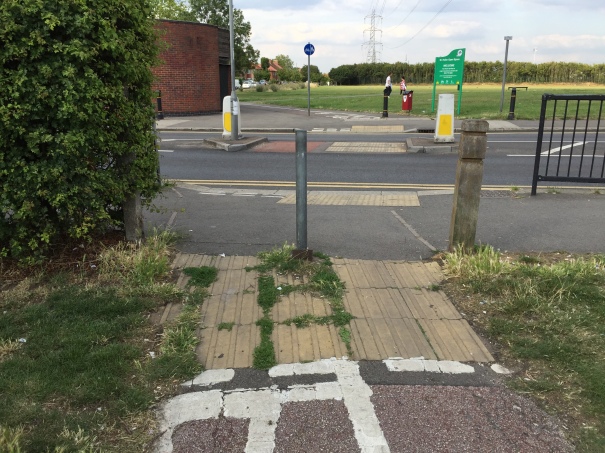 Wrythe Lane, opposite Robertsbridge Road. The bollard has to go (or, at least, be moved)! Photo 7 August 2015, Charles Martin

(2) Robertsbridge Road [Google Maps Street View]: Despite not being a particularly busy road (although carries more traffic than should, and is a rat-run), cycling here can be stressful due to usable width (with parking one side) and drivers impatient to pass. A high quality cycle path adjacent to Robertsbridge Road (east side) would greatly assist this street upgrade to Quietway status (currently London Cycling Network route 29). Unfortunately, the existing Arena fence restricts available width at one point to just 1m. Consideration should, frankly, be given to moving the fence. A cycle path would not need to be fully segregated, but raised up from carriageway with 45 degree kerb separation. As with all future cycle paths, the surface needs to be at least as smooth as the carriageway it is replacing. Alternatively, the road could be considered for closure to through traffic. Electronic bollards could allow the S3 bus and emergency vehicles access (as shown in this Steetfilms video made in Cambridge: http://road.cc/content/news/160103-new-video-streetfilms-explores-cambridge-britains-cycling-capital).

Robertsbridge Road, looking north. If the fence was moved back a metre or so, there would be room for a cycle path here. Photo 7 August 2015, Charles Martin

Newstead Walk. Access all areas by bicycle? Well, not really, but there is potential! Photo 7 August 2015, Charles Martin

(4) Bishopsford Road [Google Maps Street View]: Major upgrade as a medium term aspiration (Cllr Abellan needs to know we want the best infrastructure, and are prepared to wait a little longer if that’s what it takes). There is plenty of space for dedicated cycling, but would be a significant project (not to be done on the cheap). To work with London borough of Merton. 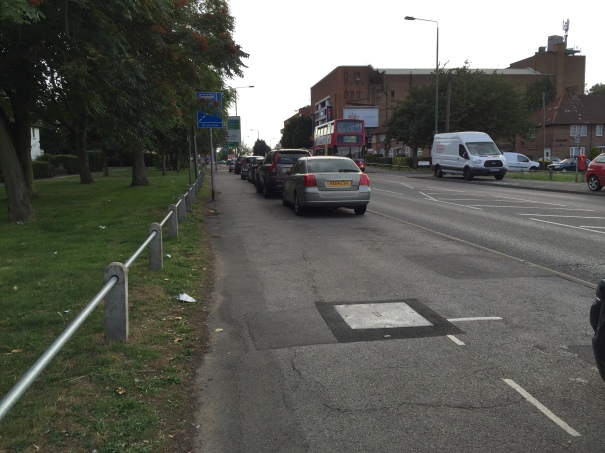 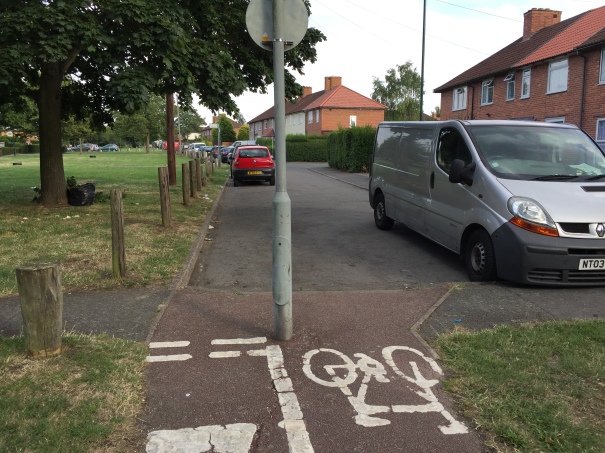 Benet’s Grove. In theory a very useful facility, ensuring access all areas by bicycle. But in practice, can be blocked. So what to do? Photo 7 August 2015, Charles Martin

(6) Bishopsford Road – Rose Hill roundabout [Google Maps Street View]: A short cycle path from St Benet’s Grove to Rose Hill roundabout (100 metres?) actually exists, but is substandard and runs close to a bus stop shelter, then stops to give way to traffic exiting the Coop (should be the other way around of course). Again, this will need a major upgrade and not just tinkering around the edges (of either the bus stop shelter or the Coop).

(7) Rose Hill roundabout [Google Maps Street View]: A disaster! See our ‘ward ask’ for St Helier. Again, this will need collaborative work with the London borough of Merton and with Transport for London, and is a medium to long term project (unless miracles really do happen)! No short cuts, or tweaks, allowed (unless they are declared as interim proposals with robust evidence that a major project is planned). 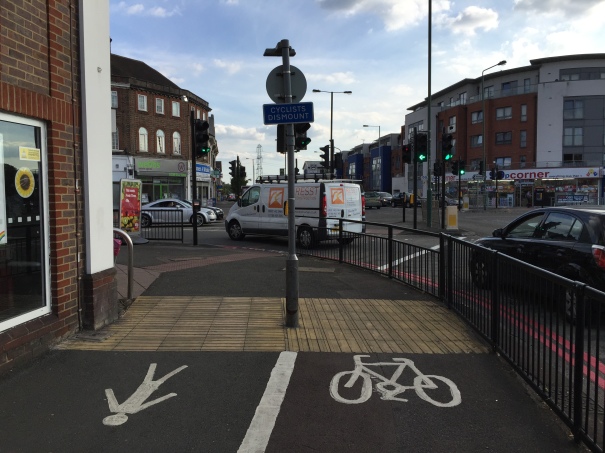 Rose Hill Roundabout by Wrythe Lane. What does this tell you about the priority given to cycling? Photo 7 August 2015, Charles Martin 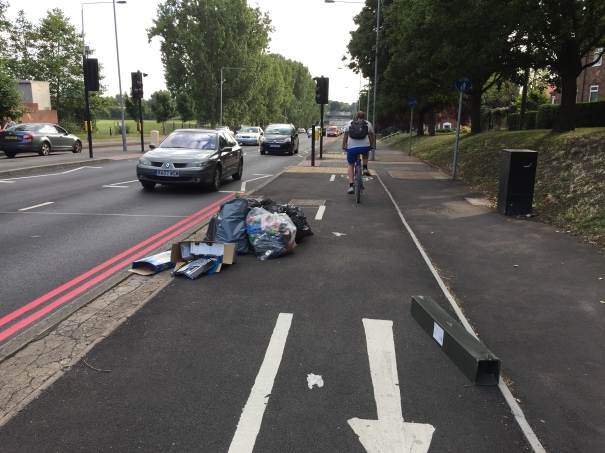 (9) St Helier Avenue [Google Maps Street View]: Did not visit today, but St Helier Avenue path surface upgrade required and linked to Rose Hill roundabout and beyond. Currently disappears in a bus stop shelter of course. So “1970s” (or even “1930s”)! So much potential!

Update: A second tour with Manuel, this time in Sutton town centre, took place about two weeks later on 26 August. To find out what happened, see A Ride around Sutton Town Centre with Councillor Manuel Abellan.